Ben Hand is the founding partner of Hand Law Firm, LLC. as well as a partner in Hand & Hand Mediation, LLC.  Hand was admitted to the Bar in Alabama in 1990 after earning his Juries Doctor from Cumberland School of Law at Samford University. He completed his undergraduate degree in Business Administration from Auburn University in 1987 and has remained an avid Auburn fan.

Hand was born in Valley, Alabama and traveled as a child to Nicaragua, Guatemala and Mexico with his parents who worked as missionaries and teachers.  It was during his childhood travels that he learned to love the Central American culture and learned to speak fluent Spanish. After high school, Hand returned to Auburn and has remained a citizen of Lee County for the past thirty five years.

In 1990, he founded Hand Law Firm, LLC. Hand has been practicing law for over twenty five years.  Ben focuses his practice on criminal defense, civil litigation, social security, family law, and probate law.  In addition to his duties at Hand Law Firm, he is also a state registered mediator and has served as a Municipal Judge for over twenty years.  Ben has served the cities of Roanoake, Wedowee, Camp Hill and Opelika during his tenure as Municipal Judge and Prosecutor and thus has a unique perspective in criminal defense.

Judge Hand lives in Opelika with his wife, Elizabeth Hand and together they are raising their ten children. 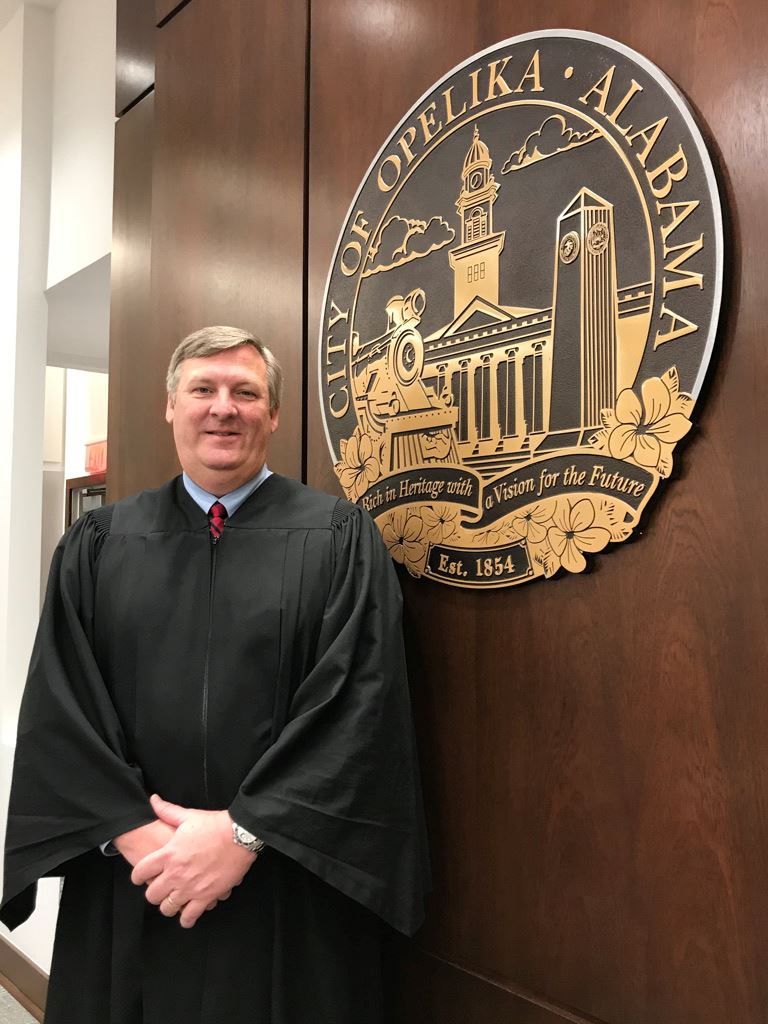 Judge McCollum is an Opelika native and a 1983 graduate of Opelika High School. He received his degree in Public Administration from Auburn University and Juris Doctor degree from Jones School of Law at Faulkner University. McCollum is one of the founding partners of McCollum & Wilson, P.C. He is honored to serve the community that gave so much to him as a child growing up. McCollum and his wife live in Opelika.