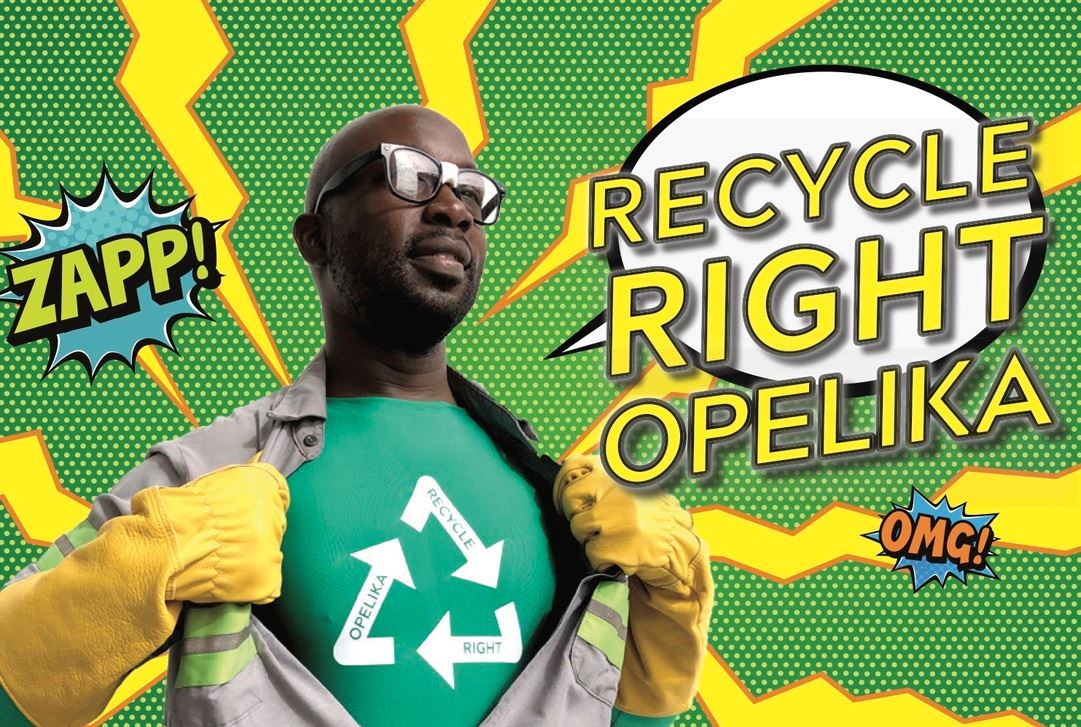 The City of Opelika and the Opelika Environmental Services Department hopes to grow local recycling participation and encourage citizens to Recycle Right in Opelika. We have a new superhero flying around town!

The city offers two ways to recycle: Curbside and Recycling Center. Curbside is the most convenient way to recycle and it’s picked up every other week. This service is offered to Opelika citizens at only $10 a month with your first month free! Opelika has two full-service recycling centers on Jeter Avenue and 8th Avenue.

For more information on service days/hours at our recycling centers and what is accepted in Opelika, make sure to visit our Recycling Services page! 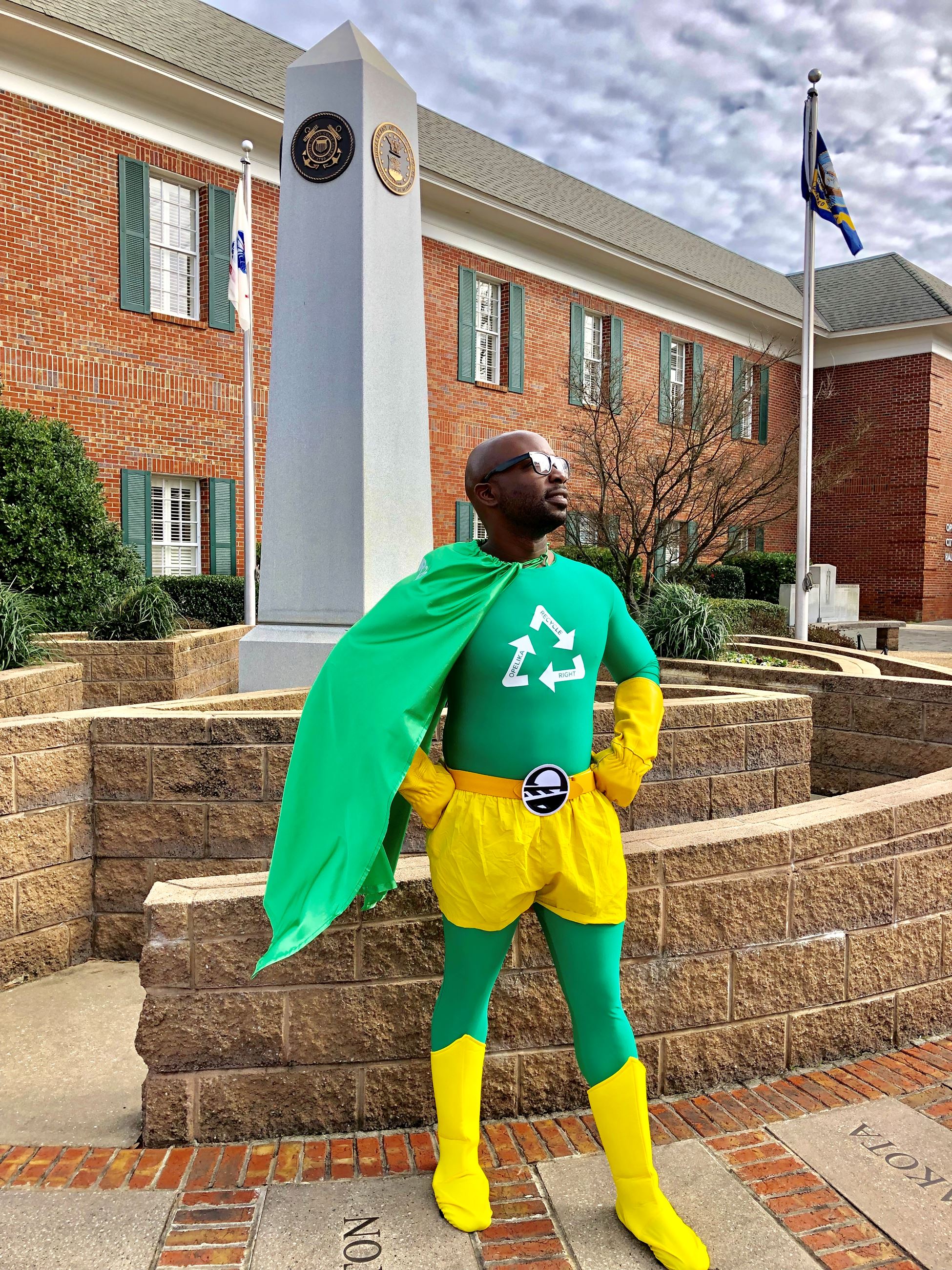 It all began on a cold, dreary day in a city called Opelika, Alabama. There was garbage rolling about town and people were being lazy when it came to recycling.  The local mayor was distressed and needed someone with amazing strength and determination to help him make a major change in the community. He wanted citizens to stop littering and start recycling in his beautiful city. He decided it was time for Opelika to clean up. Time to Go Green. Time to make a difference. The mayor knew what he had to do. He had to call in a super hero like no other – Captain R2O (aka Recycle Right Opelika).

Captain R2O was a significant stand-out in the League of Environmental Champions. So on one faithful day in February, the Mayor summoned Captain R2O by secret code. R2O was a force to be reckoned with. He was strong enough to take on stinky garbage, determined enough to teach everyone how to recycle right, powerful enough to make the citizens of Opelika go green and he was handsome enough to win your heart.

Soon, Captain R2O was soaring above the city, checking for dirty streets and compliant recyclers. He went door-to-door, checking recycling bins to see if folks were doing things right. Were they obeying the law? Were they following city ordinances? Or were they just being lazy and doing nothing? GASP! One house at a time, he helped Opelika clean up and Recycle Right.

He could often be heard shouting his motto from rooftops, “When in doubt, throw it out. Recycle Right Opelika!” As his green cape billowed in the wind, he held his head high with pride and excitement, knowing he changed the behavior of citizens across town.

His work is really never complete. Occasionally, he flies home to his tidy, clean planet. But he always keeps close watch on Opelika. His commitment is firm – take out all trash villains. He challenges the citizens of Opelika to Recycle Right and unleash the super hero within before it’s too late. Du Du Duuuuuuhhhhhh.

In an effort to clean up our beautiful city and help educate our citizens, Captain R20 and employees of Opelika Environmental Services will be making appearances at various community organizations, schools and neighborhoods. Check back for pictures from Captain R2O’s public appearances!

Did you snap pictures with Captain R2O? Tag us on social media and hashtag #RecycleRightOpelika

"So You Think You Can Recycle?"

Captain R2O is checking to see if the citizens know how to recycle right! Watch Opelika’s favorite new gameshow, "So You Think You Can Recycle?" to see who is up for the challenge!