What a special day for Opelika! Mayor Gary Fuller delivered the 2017 State of the City Address to a packed house. The event was held at Southern Union State Community College in the Southern Room. Hosted by the Opelika Chamber of Commerce, Pam Powers-Smith welcomed the crowd. Chamber Chairman Bill Trant introduced Mayor Fuller. Business owners, citizens, city council members, City employees and clergy were in attendance.

Below you'll find the full State of the City Address.

Building on the Best. Focused On The Future.

Folks, what a fantastic year for the City of Opelika! I’m pleased to announce that FY 2016 was by far one of the best on record.

I’m proud to say that we are financially sound, having brought in more revenue dollars than projected and by reducing budget expenditures. With new roadwork, several industry expansions, new retail developments and the return of the Rocky Brook Rocket, we have a great deal to be thankful for in our community.

Economic Development: FY2016 brought about significant results. We added 261 new jobs and $127.8 million in Capital Investments. Several existing industries announced expansions during the year – Mando America, Cumberland Plastics and Daewon America. Baxter, for the most part, has completed their $300 million expansion and is in the process of hiring 200 additional folks.

As you know, we announced Golden States Foods in FY2015. While still under construction and not yet complete, they have decided to invest an additional $20.2 million in the project, bringing total investment to $77.7 million. The plant should be operational by Q3 or Q4, 2017.

Further, we recently announced new industry for Opelika, Car Tech, LLC. Their new facility will employ 200 associates and produce parts for the automotive industry.This will be an investment of $72 million for the facility and equipment.

We also have two new housing developments in the City – The Springs at Mill Lakes and The Village at Hamilton Lake. They’re in great locations and will be very attractive places to live.

During the five-year period between FY 2011 and FY 2016 the City of Opelika can report the following totals from our Industries:

Other Good News in Economic Development: The 2016 Milken Institute Best-Performing Cities Index named the Auburn-Opelika Metropolitan Area No. 6 in the Best Performing Small Cities Annual Index, up from No. 10 in 2015. In addition, because we had another successful PGA event with the Barbasol Championship, they will return for the third year in July 2017 at the Grand National on the Robert Trent Jones Golf Trail in Opelika.

Building report numbers remained strong for FY 2016. Here are some of the final year end numbers:

Opelika Infrastructure Projects: We have a good number of active construction projects that started in FY 2016

Overall, we’re pleased with our infrastructure improvements and look forward to future projects, including a Sportsplex Connector Road from I-85 Exit 64, an extension to Frederick Road with a roundabout, and a new 40-foot wide bridge replacement on Cunningham Drive.

Opelika Power Services: FY2016 can best be described as a year of transition for Opelika Power Services. After OPS Director David Horton retired in June, Derek Lee was promoted to the position of Director. He immediately brought Brent Poteet on board as Assistant Director and the OPS team was once again complete.

During the year, Opelika Power Services branded their fiber services with the new name and new logo “OPS ONE”. This new name says it all. It’s where everything comes together to provide you with One Network Experience– video, voice and data. OPS ONE is the first community-owned GIG fiber optic network in all of Alabama, giving Opelika the BEST TV, Phone and Internet services anywhere. OPS ONE has a proud reputation for providing truly world class customer service.

It’s been a fantastic year for our recycling program. During FY 2016, we recycled a total of 625 tons, saving the city approximately $16,000 in disposal fees. Of this 625 tons, cardboard accounted for 388 tons and curbside single stream accounted for 208 tons. And another 29 tons of glass, electronics, tires and clothes were processed at the Jeter Recycling center. We’ve developed a partnership with Lee County to bale and process all cardboard at their new recycling facility on Williamson Avenue and they are also opening a recycling convenience center for citizens to utilize.

You might also see a new look for our GO RED campaign. This stands for Green Opelika. Recycle.Reduce. Reuse. Every Day. You can help Opelika GO RED by signing up for our Curbside Recycling program. We currently have 700 homes using these services, but would like to reach our goal of 1,000 by early summer in order to sustain the program. This service is $10 a month.

In FY2016, the OPD responded to more than 80,000 total service calls. This number includes anything from a traffic stop to a domestic disturbance to a friendly interaction between an officer and a civilian to a major crime. Our officers are highly-skilled, trained and here to serve our public. Safety continues to be our number one priority.

Opelika Police Department’s Citizens Police Academy: I’m excited to announce the return of our Citizen’s Police Academy. This eight-week program is designed to give citizens an up close and personal look at the day-to-day operations of the OPD. Currently one class is offered each Spring.The 2016 class, had 19 citizen attendees.

These advances and the continued commitment for building the new Headquarters Fire Station, in 2017, have allowed the OFD to continue to provide exceptional and timely services to the citizens of Opelika.

The future of our City indeed looks bright. We have already welcomed a new city planning director, Matt Mosley; we’re beginning construction on a new headquarters fire station that should be completed by the end of 2017; and we’ve revamped our Lewis Cooper Jr. Memorial Library with fresh carpet and paint.

We are blessed to have the best leadership in our City. Our City Council, our Administration and our employees work diligently to do what’s right for the citizens of Opelika. And because of that we are a better community. It is evident that hard work, conscientious spending and long-term planning pay off in the long run.

I thank you and encourage each of you to stay in touch with me throughout the year. Let me know if you see where we can build on today to create a better future. I appreciate your continued support and ask that you continue to pray for our leaders and citizens of our beautiful city, Opelika.

It’s an honor to serve as your Mayor.Warmest regards for a prosperous new year! 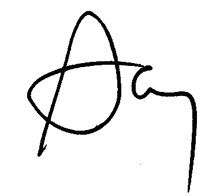