We will always remember you and thank God you chose to serve Opelika!

It’s not always easy or “convenient” being a police officer, but it is a noble calling. And the City of Opelika is fortunate that the members of our police force are all honorable men and women, dedicated to serving and protecting the citizens of our community. They sacrifice of their time, their talents….and sometimes their very lives.

On this page we honor two brave and dedicated men from the Opelika Police Department: men who - in dangerous situations - were reaching out to help those in need of their services and ultimately paid the ultimate sacrifice. It is with great honor that we dedicate this page to them - to let their families know that who they were, and what they stood for, remains steadfast in our hearts and our minds. We are proud to call them our brothers. We will be forever thankful that they chose to serve their community. They remain forever two of Opelika’s Heroes!

Lt. Brenton Truitt, Jr. met with the sister of George R. Findley at the Opelika Police Department in reference to a “citizen’s assist.” Findley’s sister told Lt. Truitt that she had been by her brother’s residence and could not get anyone to the door. She also advised that her brother had been ill, and that he had not been seen for several days. At this time Lt. Truitt, along with other officers, traveled to Auburn Street to check on the welfare of Mr. Findley. The officers could not get anyone to the door, so a family member crawled through a window and let the officer in through the front door. Once inside the residence, the officers began searching for Mr. Findley. When Lt. Truitt opened the door leading into the kitchen he was shot point blank with a shotgun. Additional officers arrived on the scene, and after a gun battle, George Findley was finally apprehended. A short while later Lt. Truitt died at the Lee County Hospital (now called the East Alabama Medical Center) from a fatal gunshot wound he had sustained. George Findley was arrested and charged with murder. 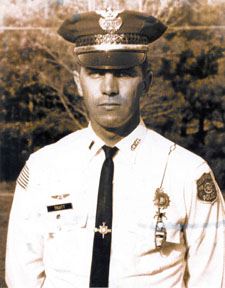 Special Note: Findley was given a life sentence and ordered never to return to Lee County, Alabama.

On October 4, 1993, Sgt. Roger Motley was on his way to Wal-Mart (formerly located in Pepperell Corners Shopping Center) to purchase supplies for the Police Department when a female in the parking lot flagged him down. The female told Sgt. Motley that a child in a car had indicated to her that he needed help. She gave Sgt. Motley the tag number of the car. Sgt. Motley located the car in the Wal-Mart parking lot, and a white male adult, later identified as George Sibley, Jr., and a white male juvenile, occupied it. Sgt. Motley approached the car and asked Sibley for his identification. Sibley stated he did not recognize the government authority and he did not have any identification. He then reached into his car and pulled out a semi-automatic pistol and began firing at Sgt. Motley, who retreated to his police car and returned fire with his service weapon. 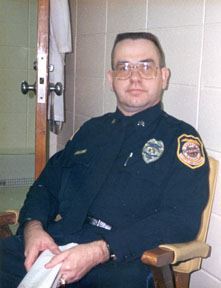 While the exchange of gunfire was taking place, Lynda Lyons - Sibley’s traveling companion - was on a payphone outside of Wal-Mart. Lyons saw what was happening and ran behind Sgt. Motley’s car and started shooting him with a semi-automatic pistol. Sgt. Motley, with multiple gunshot wounds from Sibley and Lyons, got into his car and attempted to leave the area. Due to his massive injuries, Sgt. Motley was unable to drive off and struck several cars in the parking lot of Pepperell Corners. Sgt. Motley was transported to the East Alabama Medical Center where he was pronounced. During the entire altercation between Sgt. Motley, Sibley and Lyons, the parking lot was full of people and cars; however, there were no pedestrian injuries. Sibley and Lyons got into their car and drove off. They were later stopped on Wire Road in Auburn and, after a standoff for several hours, they surrendered to authorities.

Both Sibley and Lyons were tried and convicted of Capital Murder and were sentenced to die for their crimes.

On February 1, 1884, a passenger train from Montgomery arrived at the train depot in Opelika where a porter began carrying trunks from the hotel to the baggage room on a pair of trucks. James Abercrombie, son of Judge J.J. Abercrombie of Opelika, was standing in the way of the trucks and the porter. The porter requested for him to move, whereupon Abercrombie became incensed, drew his knife, and cursed the porter. The porter left the trunk and went in search of Henry Hart, the Marshall of the place. In the meantime, Abercrombie walked over to the baggage room and placed himself in the way again, and when the porter requested him to move, he refused to do so. At this juncture, Chief Hart came up, placed his hand on Abercrombie’s arm and told him he wanted to speak to him for a minute. Without a word of warning, Abercrombie plunged his knife into Hart’s shoulder near the neck, severing an artery. Hart walked off thirty or forty feet, fell and died a short time later. Hart did not have his pistol when he was stabbed, and it is supposed that he had started for it when he walked off and fell. The workers immediately took Mr. Abercrombie to the ground, disarmed him, and took him into custody. He was later found guilty of the crime and declared insane. He was incarcerated at Bryce State Mental Hospital until his death on December 10th, 1910.