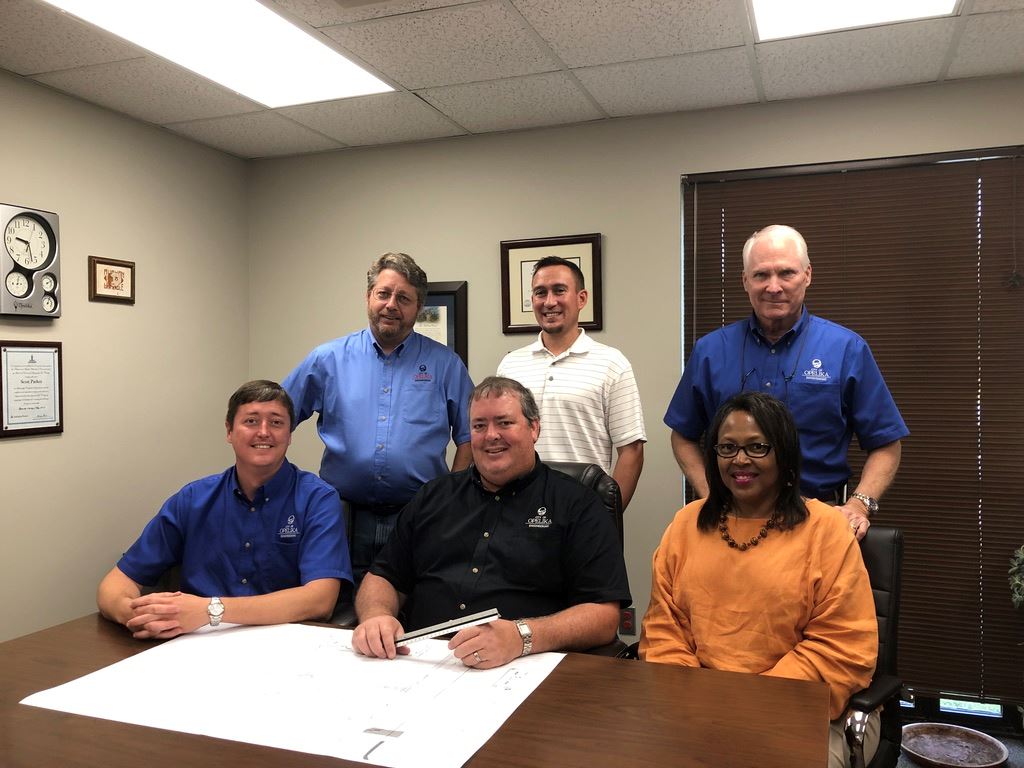 Scott Parker, a lifelong resident of Lee County, recently accepted the position of City Engineer in Opelika. A distinguished Professional Engineer, he has twenty years of roadway design and transportation engineering experience.  His experience not only includes work in materials and design, but in capacities from municipal to federal programs.  During his tenure, he has been able to develop the managerial experience needed to propel the city into its bright and prosperous future. A graduate of Auburn University in Civil Engineering, Scott comes from a long line of engineering expertise.  He obtained his P.E. in the state of Alabama in 2001.

Lee McInnis graduated from Auburn University in 2006 with a bachelor’s degree in Civil Engineering. Throughout his college years, he worked as a lab technician for the National Center for Asphalt Technology where he was involved in the testing of different pavements from various DOT’s across the United States. Prior to joining the city, McInnis worked at Volkert, Inc. in Montgomery, Ala. as a Project Engineer on more than 20 roadway construction projects with clients, including Alabama Department of Transportation (ALDOT) and state municipalities. He has gained much experience in the public and private sector and will help to continue the positive vision of the City.

Born in Anniston Alabama, John graduated Anniston High School and attended Auburn University, graduating with a degree in Agronomy.  John served as an assistant county agent in Talladega County and a pecan pest management specialist in Mobile and Baldwin counties. He returned to work for the USDA Soil Conservation Service, now the Natural Resources Conservation Service and has worked 39 years in 22 counties. Harris moves to Opelika from Prattville after 33 years, where he was a District Conservationist over 3 central Alabama counties. John’s work with the Prattville Planning Department, units of governments and work in erosion and sediment control, Harris brings a wide array of experience and is a gain for Opelika.  Harris has served on many state wide committees developing natural resource and water quality sustainable methods. Harris looks forward to his continued work with area developers, builders, Lee County landowners and ADEM for a comprehensive approach to Opelika’s natural beauty.

A Lee County resident since 1975, Mark literally grew up in the land surveying business.  He received his degree in Building Science from Auburn University in 1983 and his first job after college was actually working for Opelika’s Engineering Department, then located with other City departments, at 1010 Avenue C. After a time with the City, he returned to his father’s firm where he accumulated the experience to get his surveyor’s license.  After many years in private practice, mostly in the Opelika area, he worked for several years in the engineering department of another municipality. In April of 2016, Mark was very glad of the opportunity to return to the City of Opelika where he employs his knowledge and experience as a part of the Engineering Department team.

Wanda Harris, a lifelong resident of Opelika, Alabama, she began her career with the City of Opelika in 1992 in the Utility Business Office as a customer service representative.  She transferred to the Engineering Department in 1993 where she has continued her customer service/administrative duties for more than twenty years.  She looks forward to being a part of the continued success of the Engineering Department.  Wanda is a 1986 graduate of Opelika High School and received an Associate degree in Business Administration from Phillips Junior College in Columbus, Georgia.